I bought another Groupon because I have wanted to try Rio Bravo Brewing for awhile. The Groupon included a tasting for one person and an appetizer.

It is hard enough to brew beer let alone have good food. 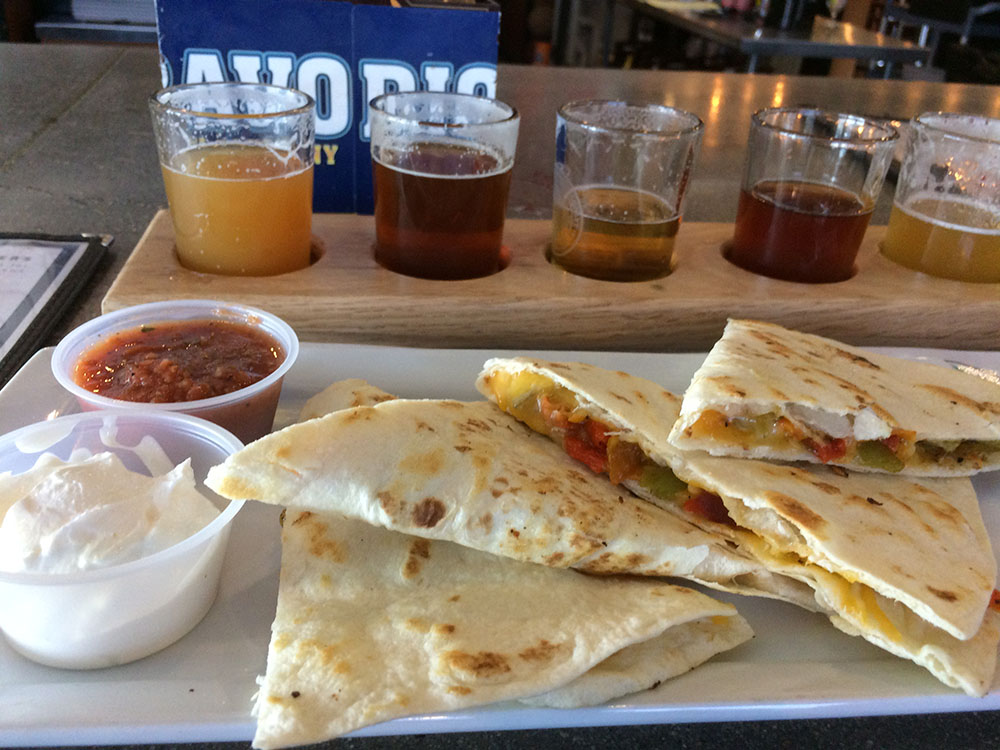 I thought the quesadilla was exceptional. It was delicious and had sour cream and a rockin’ salsa. The salsa was hot but very flavorful. It definitely complimented the quesadilla.

The beer complimented the food. The tasting of five four ounce pours of beers was varied in styles. I like a brewery that has several different styles and Rio Bravo certainly fit the bill.

We had the Snakebite IPA, Cherry on Brett, a sour. Rio Bravo was out of Hell’ Fine Pils so I had a Send It which was a Czech Pils. It was very light and would be great on a hot day. The Freak Juice IPA was a hazy IPA, which seems like a new IPA phase to me. And Hefewisen Apricot that was very, very subtle. I liked it.