We went here to start our Restaurant Week extravaganza. Since the Social Kitchen won a soup award at the Souper Bowl, we decided to check it out. We were very glad we did. The Social Kitchen and Bar doesn’t take reservations so we got there early. It is a small restaurant attached to the Sage Inn Hotel. Ok, there can be good restaurants inside hotels. There seems to be some prejudice about this but I try to find good food where ever it is located. Enough said.

This is a small restaurant with a bar or maybe a bar with a small restaurant but either way you look at it, it has some really good food. My first impression was this place was like many of the business hotels that I have stayed at. But I quickly changed my mind when the hostess greeted us. There were several people that helped us get settled in. We were asked and told about drinks. We were given the special Restaurant Week Menu. We had a delightful waitperson, Algenica that really made the evening special. For 25 dollars per person we had a 3 course meal.To start, members of our party had the caprese salad and the French Onion soup. I was impressed with the Caprese Salad because of the portion size (Large) and the heirloom tomatoes with basil. The French onion soup had Swiss cheese and a good size crostini with delightful slices of onion. However, I thought that there was a little too much salt in the soup.

Next we had the portobello sandwich with red potato wedges. The sandwich had a potrabello mushroom,  green and red bell peppers, onions, avocado slices with artichokes and goat cheese. We asked for a side of green chile which added some zip to the sandwich. The sourdough bread was toasted which was a pleasant surprise. We had the option of different breads or a lettuce wrap. Our friend had the Seafood Fettuccine Alfredo which was served with shrimp, scallops, and some wonderful toast. It tasted as good as it looked. For the seafood dish there was a 3 dollar upcharge. It was well worth the price

For desert, we had a flan, créeme brûlée’s, and a bread pudding. As you can see from the photos they were incredibly done. I am not very fond of strawberries but the sauce for the créeme brûlée’s was wonderful.

There was also a good selection of local New Mexican beer like LaCumbre, Santa Fe Brewing and Marble Brewing. Social Kitchen and Bar is also on the Margarita Trail.

Our server, Angelica, really added to our restaurant experience. She answered all of our questions in a very professional manner. She was quick and funny. But she really knew her menu. She was present but not intrusive. We are planning on coming back. 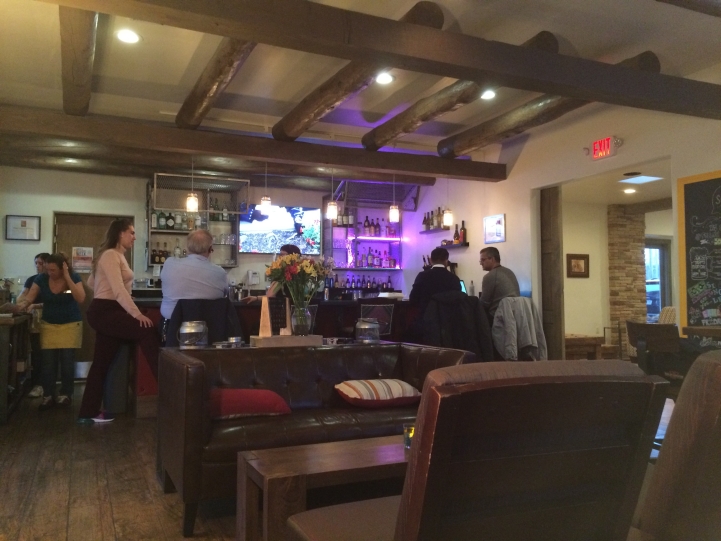 Social Kitchen & Bar before the crowd 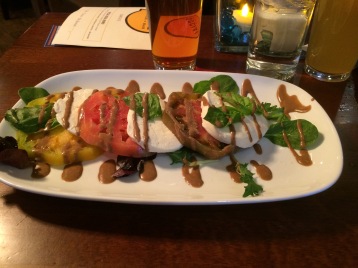 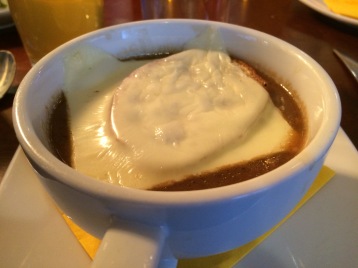 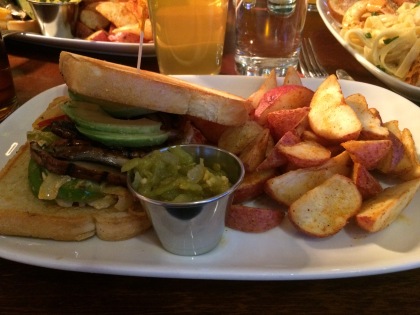 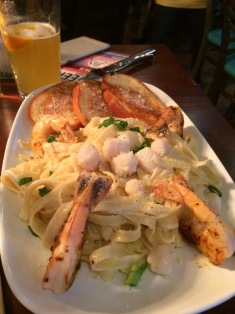 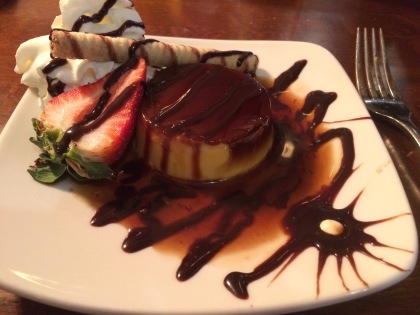 The Flan at Social Kitchen 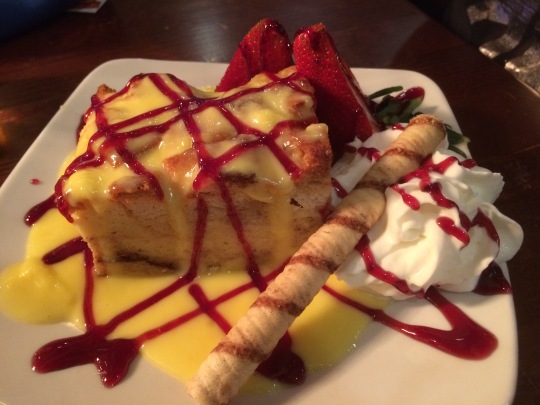 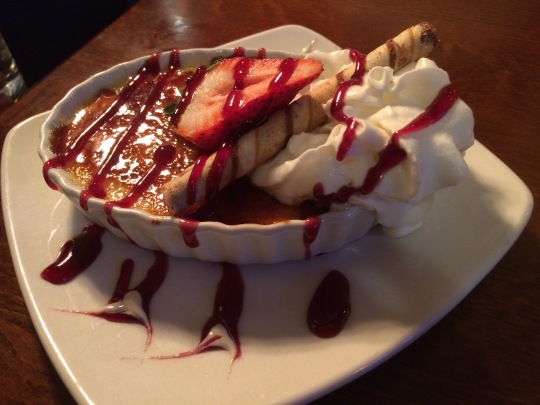 The Creme Brûlée at Social Kitchen